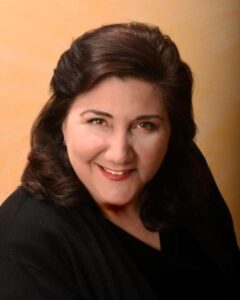 "Even before I was a parent, I always believed that ALL children should have a childhood filled with positive, hands-on experiences that taught life lessons and a sense of community.”

Trish Graham is a Nesconset native who graduated from Sachem High School in 1987, and The American University in Washington, D.C. After spending seven years as a management and training leader for the national retail chain The Limited, Trish returned to Long Island, where she met her future husband, John Graham. Within a few years they moved to Patchogue and had a beautiful daughter named Natalie. By the time Natalie was three, she had missed several developmental milestones, particularly in the area of language. As concerned parents, the Grahams took their child to a half-dozen doctors and therapists for evaluations. They eventually learned that their child was on the autism spectrum.

“I remember the exact moment when the neuropsychologist explained my daughter’s diagnosis,” says Trist “A thousand thoughts flooded my mind. After I gained composure, I realized I needed an action plan to do everything in my power to help my child develop as many skills as she could. I became obsessed with learning everything I could about Autism Spectrum Disorder. My husband and I decided I would no longer work full-time so that I could just focus on getting Natalie the help she needed. Like many parents of specia needs children, I was continually questioning my treatment choices. What I could have used was a support group of experienced parents to help me. In return, I wanted to teach parents who found themselves in a similar situation all the things that I learned that were effective.”

In 2015, newly-elected school board member Kelli Anne Jennings began holding meetings with parents, teachers, and administrators who wanted to start a SEPTA chapter in the Patchogue-Medford district. SEPTA is the acronym for Special Education Parent Teacher Association. Trish had attended a couple of SEPTA meetings in other districts and she knew she wanted one for Patchogue-Medford. On June 22, 2015 Suffolk Region PTA visited the Patchogue-Medford School District to charter the new SEPTA chapter. Trish was elected the chapter president.

Over the next few months, Trish held meetings at her home with the Pat-Med SEPTA Executive Team. Together, they developed a game plan and a set of goals. They surveyed parents, created a logo and brochure, and formulated a mission statement: “Educate, Advocate, Empower.” They selected guest speakers, all experts in their fields, who brought Pat-Med SEPTA members access to important resources inside and outside the school system. In addition, a Facebook page (created by Pat-Med SEPTA member Theresa Baldinucci-Greenberg) provided information not only about Pat-Med SEPTA activities, but also informational details about special needs events for kids that were taking place all over Long Island.

The team set a goal to create a scholarship fund within six months. Trish formed a fundraising team and reached out to the Greater Patchogue Historical Society with an idea: she would write a fictional, historical accurate play about what it would have been like to celebrate Christmas in 1890’s-era Patchogue. Characters and musicians would dress in period costumes, with authentic names from historic Patchogue families, and gather at the School House for a “Sing-along” celebration, while revealing tidbits of information on what life in Patchogue was like in 1890. The Historical Society loved the idea and hosted Pat-Med SEPTA’s event at the Old Swan River School house. The show was a sold-out smash-hit, and Pat-Med SEPTA’s scholarship fund was born.

Trish and the Pat-Med SEPTA team learned a very important lesson: The Power of Asking for Help from the Community. Says Trish, “We reached out to the Patchogue-Medford Library, Sonlight Journey and the Medford Assembly of God, Kyle Koleda Productions, and a variety of local businesses. Everyone was incredibly generous to help. I am deeply honored to be the face of such an amazing team of officers and blessed to have had so many wonderful parents, kids, grandparents, teachers, administrators and community leaders that are willing to help me and Pat-Med SEPTA. We all share a goal of being truly committed to advancing opportunities of special needs children. I am excited to see what we started now flourish and grow stronger. I am confident that the best is yet to come.”